Broda Shaggi react as Wizkid unfollows hinlm, Tems, and others.

Famous comedian and content creator, Bro Shaggi, reacts as the Grammy Award-winning singer, Wizkid, unfollows him on Instagram alongside many others. Following the announcement of Wizkid's forthcoming album 'SeiLess,' it was noticed on his page that the Afrobeat singer had removed everyone he was once following except for one person. Bro Shaggi who noticed that he was kicked out of the following list took to his Instagram story to express how it makes him feel. "Wizkid don unfollow me too! I won't eat anything for 3 years... Only water. Who vex popsy o,"  he wrote. The singer, however, left an Instagram follower on his page out of his 15.9M followers; a photographer supposedly a crew member of his. Now he did not even following anybody again.
Post a Comment
Read more

If you have opportunity to legally relocate abroad, do it now - Presidency fuels "Runners".

The presidency encourages Nigerians to take a shot at relocating abroad if a legal opportunity makes itself available. Femi Adesina, the Special Adviser on Media and Publicity to President Muhammadu Buhari made this known on Sunday, November 27 in a chat with Channels Television. According to the presidential aide, the mindset of relocating abroad is common among citizens from Third-World countries over the belief that it's greener elsewhere other than their country. "The average Nigerian had always wanted to leave. And it is not just in Nigeria. It is in most countries of the world, particularly in the third world," Femi Adesina stated. They always believe that it is greener on the other side. You see, the truth is that if you have an opportunity to better yourself in any part of the world, there is nothing wrong with it. If you think migrating legally is good for you, all well and good. By all means, go!" But you cannot now say that because people are leaving, then
Post a Comment
Read more 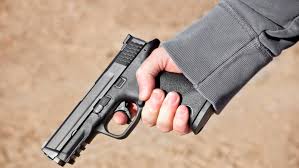 There is crisis between the NURTW, National Unior of  Road and Transport, and some lout (thugs) in Oshogbo and anybody in these list location around Oshogbo should stay safe.  . Aregbe . Ogo oluwa . Old garage. . Ayetoro. Please, people in these location should stay save, we don't know where this will end.  people said the NURTW is not happy for the new governor of osun state that just sworn in yesterday. According to our information, there is a burning car at Aye toro  Watch video Stay safe everyone that lives in Oshogbo osun state.
Post a Comment
Read more

Where is Chioma? - Davidos Father Asked as they took Family photos in Government, as they Celebrate the sworn in yesterday Evening.

Davido's father is trending after pausing a family photo to ask about his daughter-in-law, Chioma Adeleke. The Adeleke family is busy dishing out family goals and fans cannot help but gush at the seemingly unbreakable bond they exude. Davido made his first public appearance today in a bid to show support for his uncle, Ademola Adeleke as he gets sworn in as the next Governor of Osun State. While taking some family photos, Davido's father, Chief Adedeji Adeleke stopped to ask his son, Davido about Chiomas whereabouts. David is then seen replying to his father in an inaudible tone. Fans have not stopped gushing about Davido and his family's love for his wife, Chioma. See video below;
Post a Comment
Read more 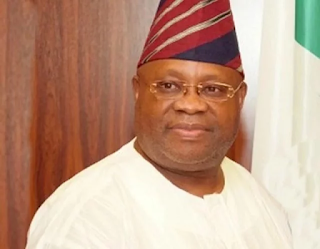 Governor of Osun State. Senator Ademola Adeleke has been sworn-in as the sixth elected Governor of Osun State. Adeleke of the Peoples Democratic Party (PDP) was sworn in today, Sunday, November 27, 2022, at the Osogbo City Stadium, Osogbo. Adeleke became the Governor of Osun, after he was administered the oaths of allegiance and office by the State’s Chief Judge, Justice Oyebola Adepele-Ojo. Justice Adepele-Ojo also administered the oaths on the new Deputy Governor, Prince Kola Adegboyega Adewusi. The swearing in ceremony was attended by dignitaries, including the Presidential Candidate of the PDP and former Vice President, Atiku Abubakar, his wife, Titi, his running mate, Governor Ifeanyi Okowa, Governors of Akwa Ibom, Sokoto, Bayelsa States and the minority leader of the House of Representatives, Ndidi Elumelu. It was also graced by traditional rulers led by the Ooni of Ife, Oba Adeyeye Enitan Ogunwusi. Meanwhile, the Osun State Governor, Ademola Adeleke has reversed the name of the
1 comment
Read more

A new video that's trending online shows bags of damaged Naira notes that were discovered weeks after CBN announced and unveiled newly re-designed N200, N500 and N1000 notes. In the video that's now serving rounds on the web, bundles of naira notes that have apparently been damaged due to moisture are seen in the bags. Watch the video,
Post a Comment
Read more 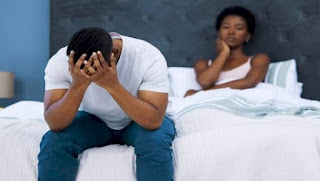 A  Lady has been left heartbroken after the guy who promised to marry her used and dumped her. In an audio which surfaced online, the lady slammed the guy who goes by the name James for leaving her despite sleeping with her and her mum. She placed curses on him for using and dumping her even after making promises of marriage to her. In response, James said that her curses would be ineffective on him because he had simply paid for services rendered. He told her that her mother had made the offer to him and he paid subsequently after the deed. Listen to the audio below:
1 comment
Read more 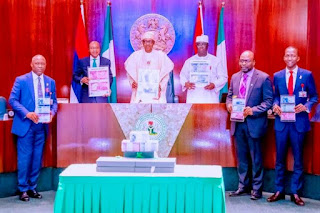 Launch day for new naira notes. Pr esident Muhammadu Buhari on Wednesday gave reasons he approved the redesign of ₦‎200, ₦‎500 and ₦‎1000 banknotes. Speaking at the launch of the new banknotes in Abuja, Buhari said he gave the Central Bank of Nigeria (CBN) permission to redesign the ₦‎200, ₦‎500 and ₦‎1000 banknotes because the Naira is long overdue to wear a new look. According to Buhari, "the new Naira banknotes have been fortified with security features that make them difficult to counterfeit. "This implies that the Naira is long overdue to wear a new look." Buhari added, "In line with this power, the Central Bank Governor [Godwin Emefiele] approached me earlier this year to seek my permission to embark on a currency redesign project. I considered all the facts and reasons presented before me by the Central Bank. "There was an urgent need to take control of currency in circulation and to address the hoarding of Naira banknotes outside the banking system, the
Post a Comment
Read more

New naira note, Godwin Emefiele. The Central Bank of Nigeria Governor, Godwin Emefiele has explained the features of the redesigned notes. Emefiele told State House Correspondents that it was in line with global best practices, noting that it was mandatory for the naira to be redesigned and re-issued every five to eight years. According to him, it is regrettable that the naira has not been redesigned for the past 19 years owing to lack of political will from previous administrations. "In the past, I have to confess that attempts by the CBN to redesign and re-issue the naira notes have been resisted. It is only President Muhammadu Buhari that has exhibited the courage to do so," he stated. Emefiele said it was the mandate of the CBN, to redesign and re-issue the notes, stressing that the exercise would become a regular trend after five to eight years. His words, "After today, the CBN will begin to redesign and reissue the naira for every five to eight years" The CBN
Post a Comment
Read more

Famous disc jockey and daughter of a billionaire, Dj Cuppy, is officially engaged to a boxer and Youtuber, Ryan Taylor. A video making rounds on social media captured when Ryan Taylor approached the billionaire's daughter on a stage and went on one kneel to ask for her hand in marriage. DJ Cuppy, overwhelmed by the unexpected proposal, blushed from cheek to cheek as she accepted the engagement ring. The duo shared a kiss after the proposal while the DJ played Bruno Mars Marry You song. Watch the video below ... More On:
Post a Comment
Read more
More posts